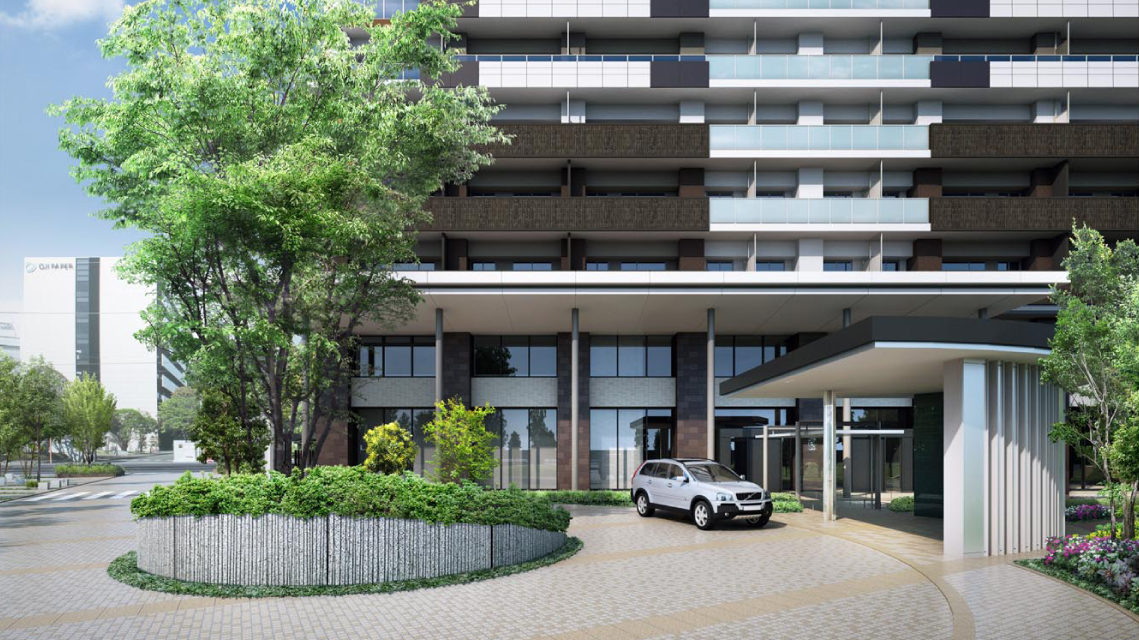 This is a condominium project located in the Canal Court district in Shinonome in the coastal area.

Since it is a 180-meter-high building, we carefully examine what it looks like in the city at the beginning of the analysis. In the canal court, a design code based on “white” was set. However, because Japan has a humid climate, the exterior looks gray when viewed from long distance. In order to make the "white" look impressive even at a short distance, we have to set colors tone to difference brightness between two close colors.

Various views can be obtained from vertically stacked units. The design concept was set to “EARTH FRONT TOWER” because you can see abundant greenery at the foot level, the canal from the middle floor, and the endless sky from the higher floor. From the earth to the sky, we aimed for an exterior design that could feel the earth from the ground.

There are terracotta tiles around the building, that give a warm feeling from ground and the proportion of modern materials such as glass and aluminum panels is increasing. In the process of adjusting the relationship between the colors, it was decided to develop nearly 50 colors throughout the building. All color skims are managed numerically to ensure reproducibility.

As the project progressed, the design concept “EARTH FRONT TOWER” was expanded not only to the exterior but also to the interior. We proposed a total design from interior design / art coordination to common areas. 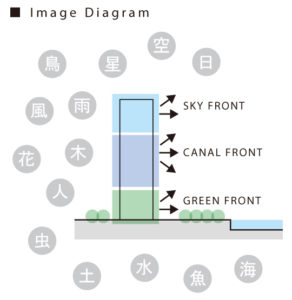